Arkansas is another team entering year two with a “new” coach in the SEC and their trajectory seems to be pretty close to Alabama’s as well. Unlike Alabama, the Razorbacks don’t have the fortune of returning stars to help them out. Both Mason Jones and Isaiah Joe opted to declare for the NBA Draft and that leaves the Razorbacks with not many certainties.

Desi Stills does return after averaging double-digit points last season, but Eric Musselman will need his large group of newcomers to contribute quickly. The Razorbacks have a nice mix of fresh faces with three players eligible this year after sitting out due to transfer, three players immediately eligible after grad transferring, and then four 4-star high school prospects.

While Arkansas will have a lot of college experience and a lot of high school talent, the experience isn’t necessarily experienced in the SEC and the talent is mostly unproven. It looks to be an interesting blend for Musselman, but I have confidence in his coaching abilities enough to make it work and the Razorbacks should still be a dangerous team this season.

Arkansas is going to have to replace two of the best players in the SEC last season after leading scorers Mason Jones and Isaiah Joe opted to declare for the NBA Draft. The Razorbacks will also be replacing their five leading rebounders, although none averaged more than five boards a game last season. 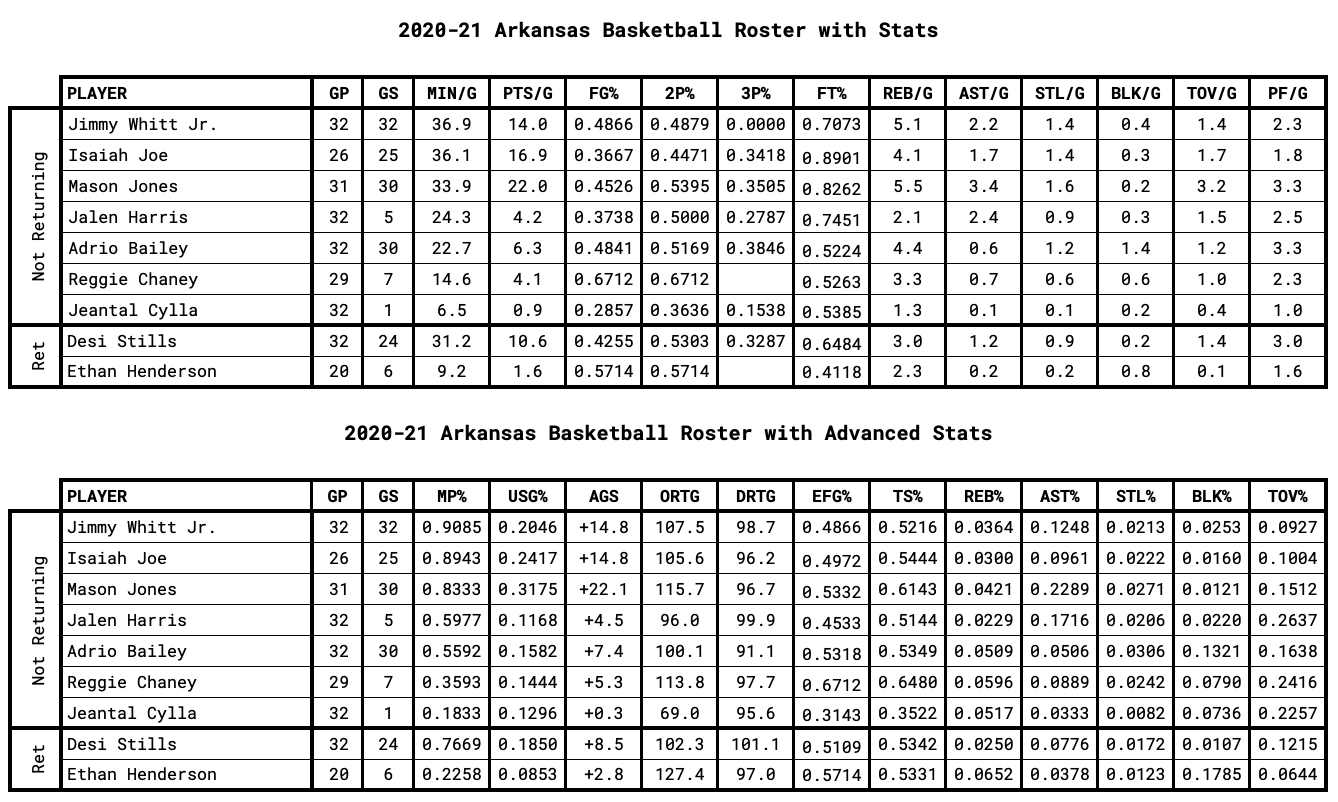 Like I mentioned above, Arkansas has a lot of new faces taking the court this season and it’s a nice mix of transfers and recruits. Eric Musselman brought in the 8th-best recruiting class in the nation and the 4th-best recruiting class in the SEC. Joining the talented high school prospects are three graduate transfers and three players that sat out last season after transferring the year prior.

For a team that is returning only two players from last season, I project that the Razorbacks will still have plenty of college basketball experience in their starting five at the beginning of the year. Desi Stills will start as one of two returning players while grad transfers Jalen Tate, Vance Jackson Jr., and Justin Smith provide the experience to balance talented prospect, Moses Moody. 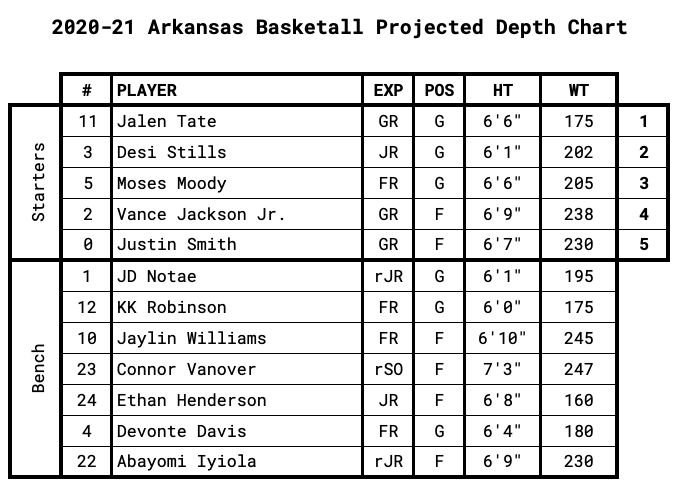 The Razorbacks should have an easy time warming up and adjusting to the new team after an abnormal offseason since they won’t face a major threat in the non-conference slate. However, after an easy-looking non-conference slate, they kick off the SEC schedule with a trip to Auburn which won’t be an easy task, even if Auburn Arena is expected to have limited fans.

It’s always hard to predict that a team will go undefeated in non-conference play, especially with this many new pieces, but there aren’t any games that Arkansas should lose before the calendar flips over to 2021. The SEC schedule certainly won’t be as easy as the Razorback’s non-conference schedule, but I still think they’ll manage to fight for a 10-8 record, which after breaking the tie with Auburn, allows them to finish as the 8th seed going into the SEC Tournament.

While others seem to be a little more optimistic on Arkansas at this point, the loss of Isaiah Joe is too much for me and I have the Razorbacks as a middle of the pack SEC team (that’s not a bad thing) and I think they’ll be firmly on the bubble at the end of the year. It’ll be an odd year for NCAA Tournament selection, so I’m not sure how far 10-8 in the SEC will get them with the selection committee. 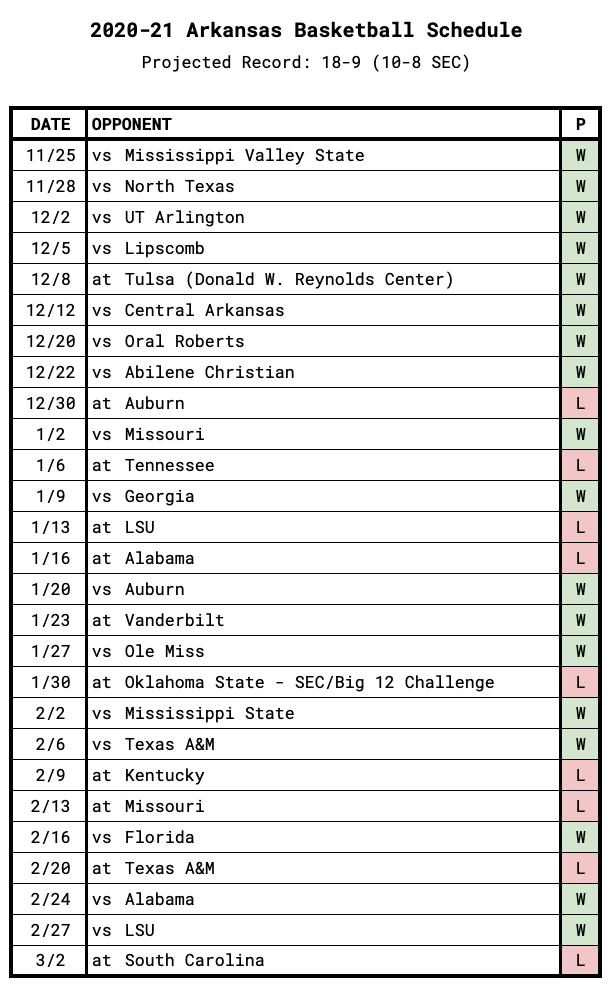