Auburn basketball games around the country (and world)

I just recently finished adding the game locations and other information to my Auburn basketball spreadsheet, so I decided to pull some data on games by city, state, and venue. Some of this data is still incomplete because I have yet to figure out where some games were played in the early 1900s, and in some cases, I can’t find whether games were even played on the road or at home.

This post will be much lighter on “analysis” compared to some of my others, but I still found it enjoyable breaking the games down by different criteria. A lot of the data was expected, but there are some lesser-known things in here as well. 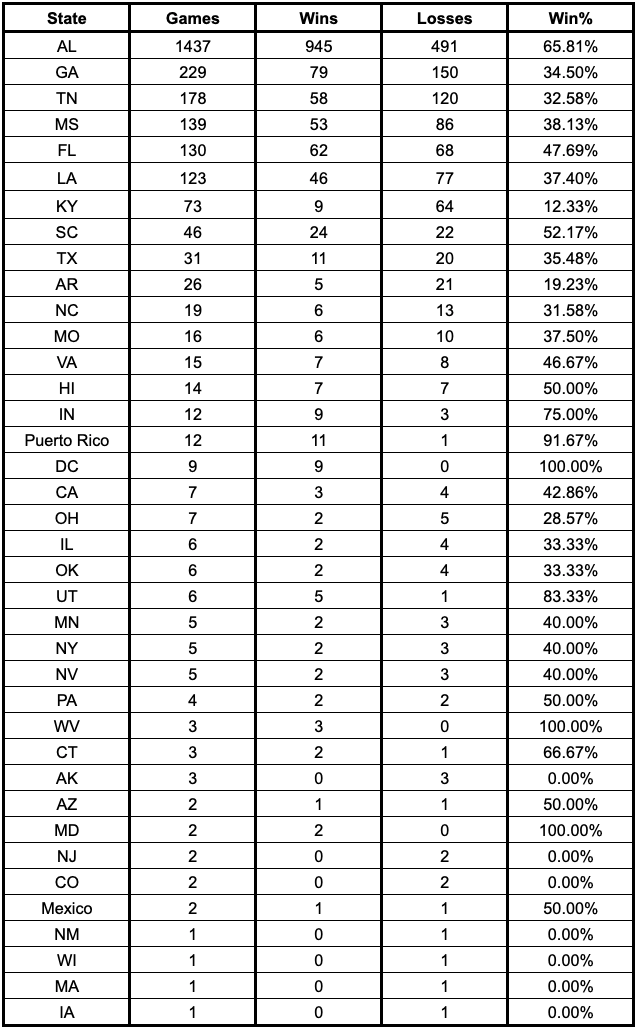 Auburn basketball has played in 131 different cities in 114 different seasons of basketball going back to the 1905-1906 season. Auburn is undefeated in 30 of those cities and winless in 33 of them. 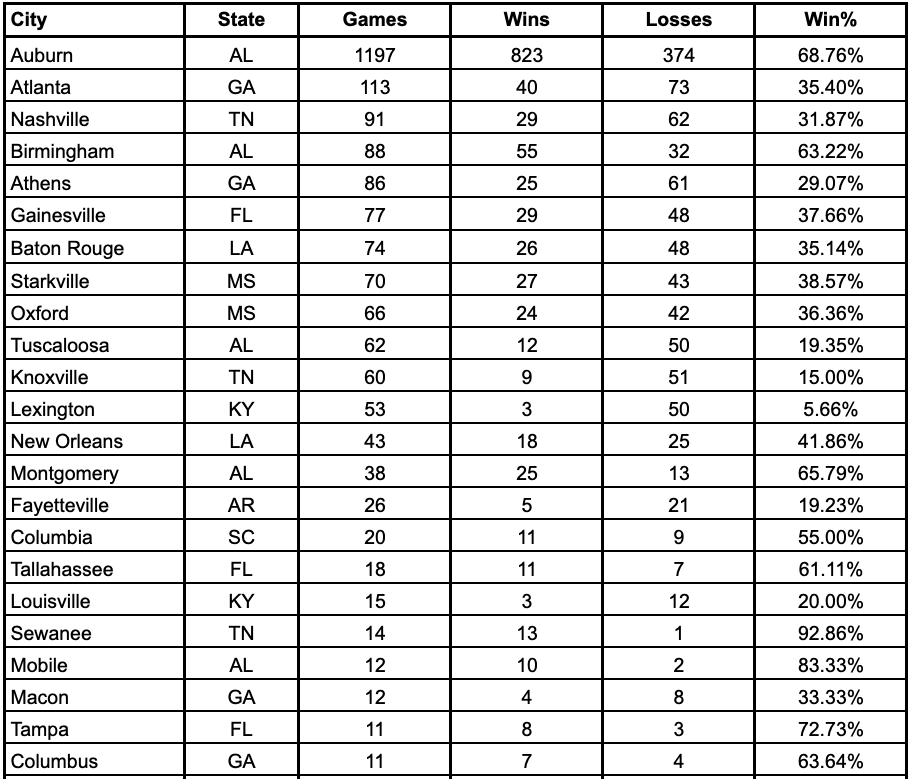 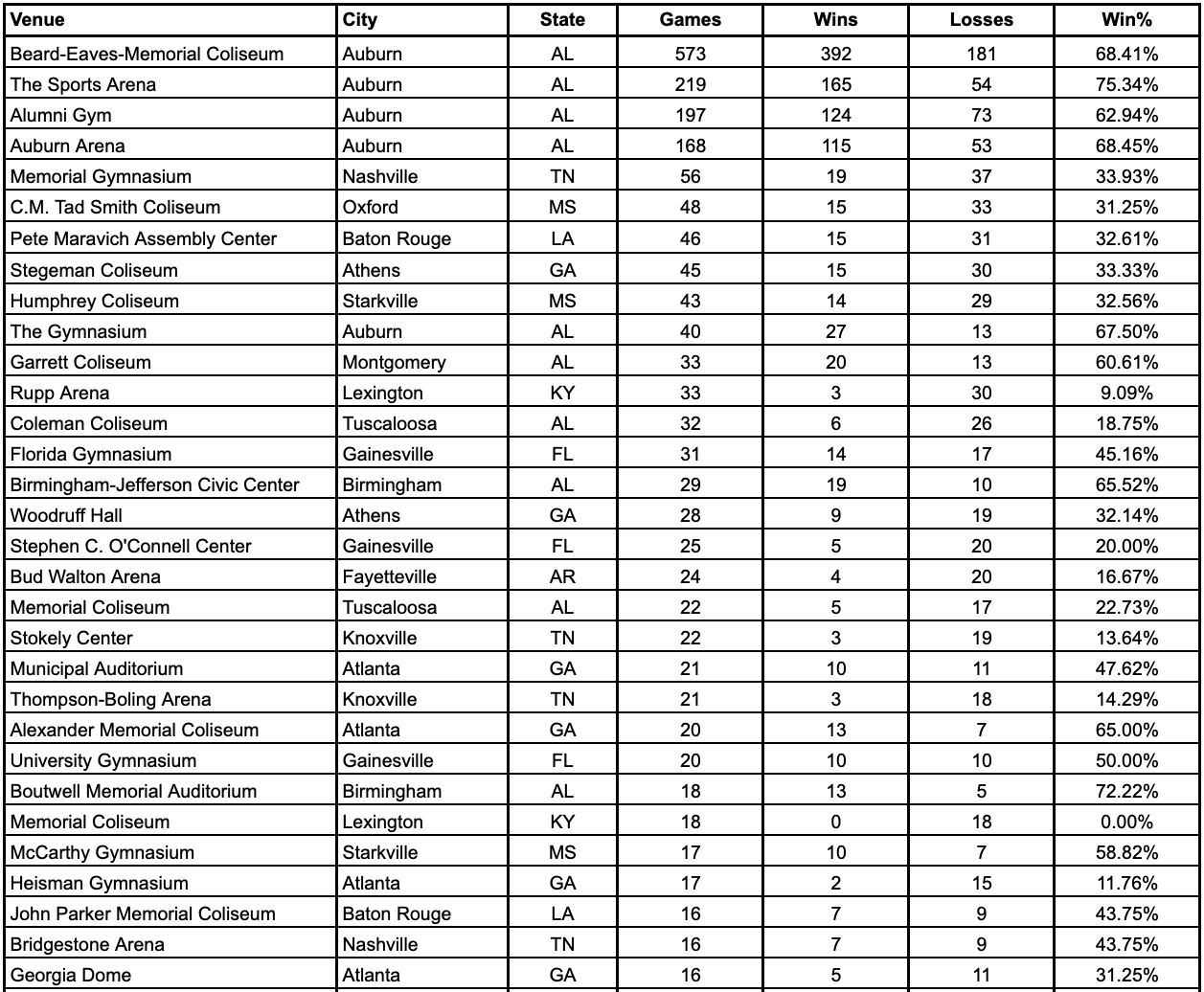 Auburn Basketball games by the venue, sorted by total games played with at least 15 games

Because there is a lot more data than can easily be covered in this post, I’ve added the complete data from each of these breakdowns to a separate spreadsheet that you can view here.

All of this information took awhile to gather and enter, so I thought it would be worth using for a post. I hope to be back to more “analysis” in future posts, but if you enjoy just looking at breakdowns for stuff like this, let me know. I still have to go and enter opposing coaches for every team and can probably find some cool trends from that as well.

As always, thanks for reading.